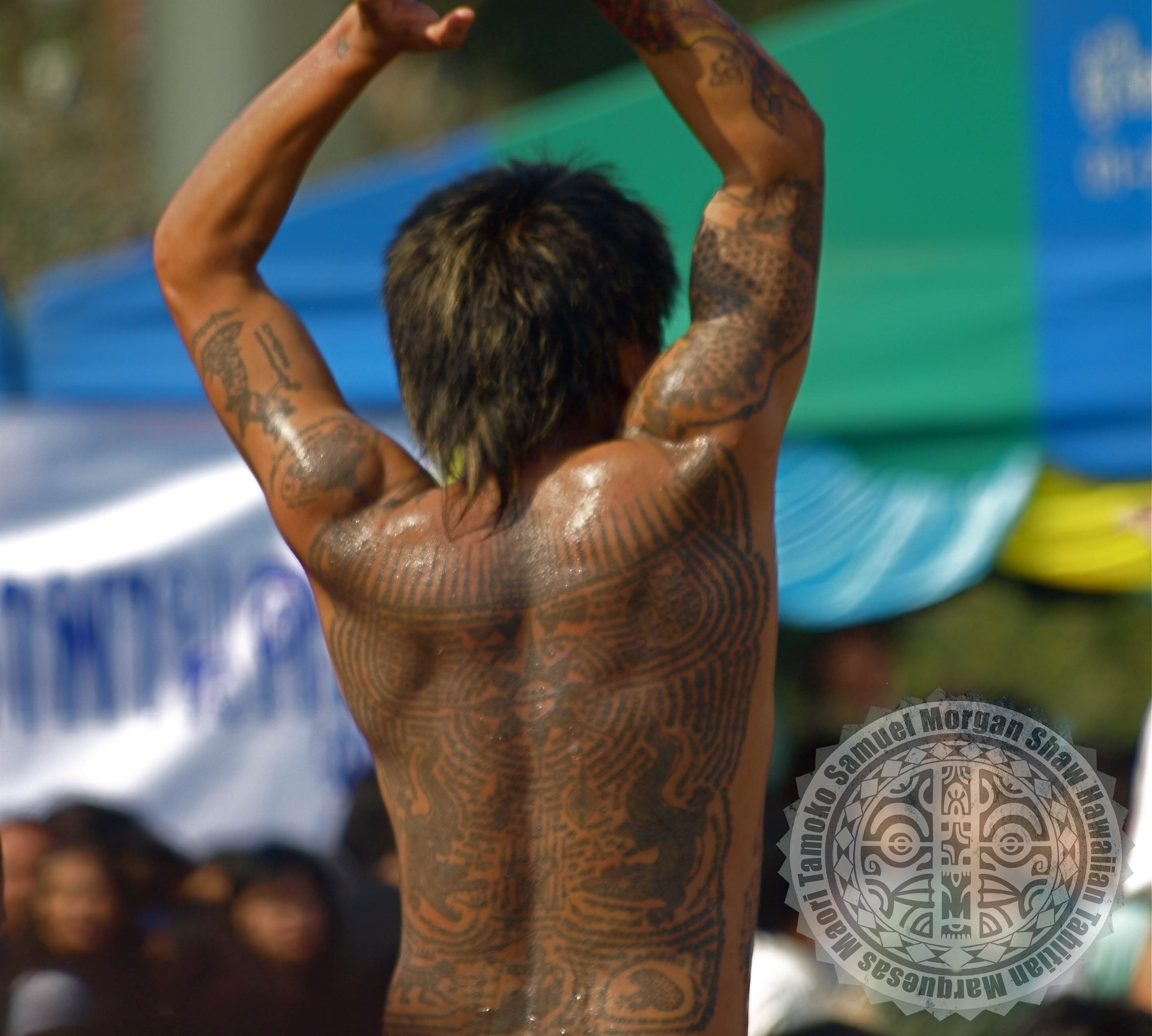 While living in Holland and working at Rob Deut’s Tatau Toko in 2009, Rob invited me on a trip to Bangkok, Thailand with his family and fellow tattoo artist Darko. On this trip I was introduced to the powerful and talismanic Sak Yant tattoos of Thailand.

Sak Yant or Yantra tattoos tattoos are ancient and are beleived to originate from the Tai tribes of China and northwestern Vietnam over 2,000 years ago. Tattooed by the ruesi, wiccha, and Buddhist monks of Thailand. These tattoos are infused with magic and Pali incantations to give them their protective power. It is believed that the power of sacred tattoos decreases with time. So to re-empower them each year, sak yak masters celebrate with their devotees the Wai Khru ritual. Wai khru means “pay homage to one’s guru”. We attended this ceremony for three days at  Wat Bang Phra in eastern Bangkok. I received two tattoos from monk Hlwong Pi phaew, the only direct apprentice from Hlwong Por Phern, the revered abbot of Wat Bang Phra Temple who passed away 2004. HIwong Pi phaew seemed to take a liking to me, which Rob told me was rare. With his very broken english he would once in awhile tell me about his own personal story on life before and after becoming a monk. I really liked seeing his “pre-monk” modern tattoos of dragons on his legs. I am sure he had the power of dragons in his Muai Thai kicks! On his breaks me and Rob took turns massaging his legs and helping pour ink. To think he sat in lotus position for 5-10 hours, tattooing all who prostrated humbly with offerings before him. It was a humbling and surreal experience that will always remain skin deep with me.